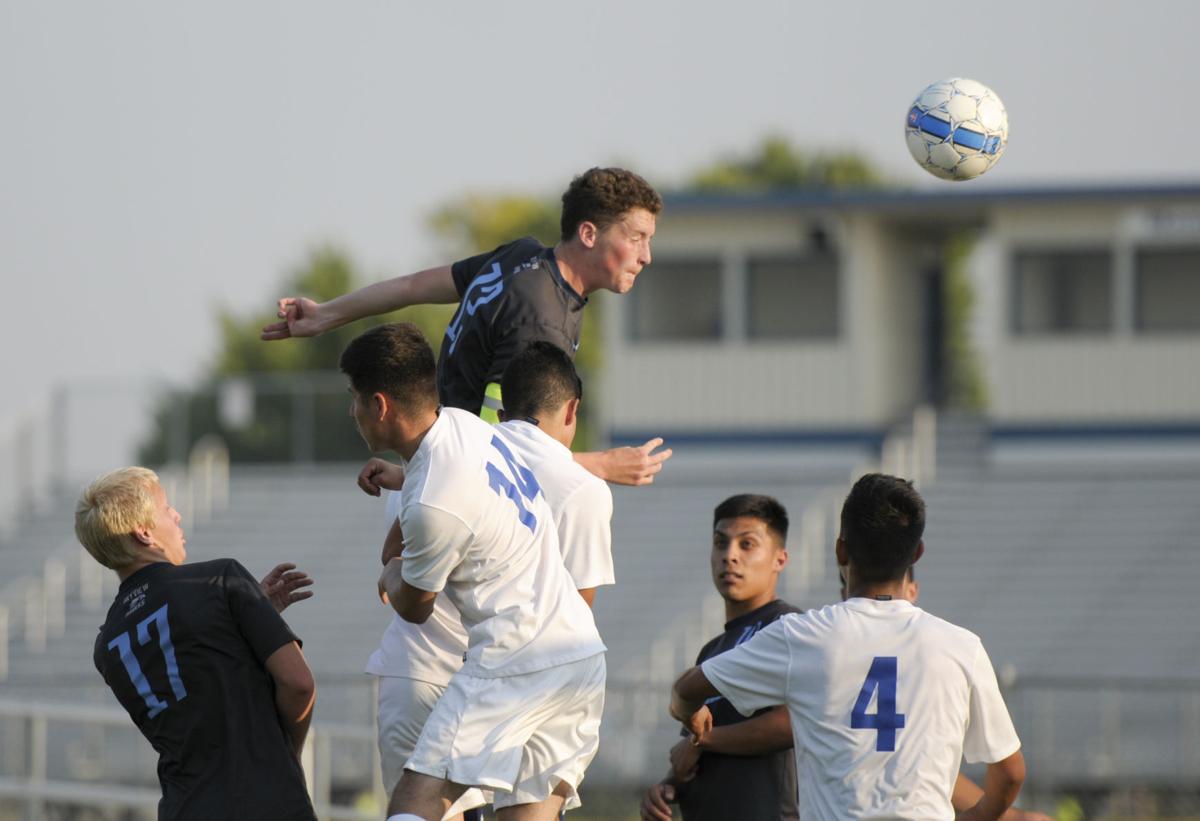 Braden Lungren has been playing soccer for 11 years since he was 6 years old. He loves it and has dedicated himself to being a 1 sport athlete. He has been diligent in his off season workouts and is also a 4.0 student. He has played his entire club soccer career at the Nampa Premier Soccer Club and has been fortunate to play with a talented group of kids his whole life. Upon entering High School at Skyview he has been part of 2, 4A state championship teams. Once as a freshman in 2014 and again as a junior in 2016. Since being a member of the Varsity soccer team he has never been on the winning side of a game against Caldwell HS, only ties and losses by 1 goal. This year, his senior year, his team finally got the W. Chase Hoffman, a longtime teammate, rocketed a 30 yard throw-in from the sideline all the way to the PK mark where Braden rose to meet it with his head, re-directing it to the far post and into the back of the net for the games only goal, about 15 minutes into the 2nd half. The Hawks defense held strong to seal the deal late. It was a thrilling chess match between these 2 talented teams and it was great to see Braden and the Hawks soar to victory!